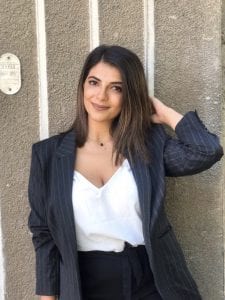 I’ve heard it and so have you, “We get it, women don’t like it when you offend them today. This has to do with a lot of accumulation on topics related to their rights. But aren’t feminists getting a bit too triggered when you include them in one innocent comment and the backlash goes viral?”

Some will say this is just a trend, others will imply that feminism – like most advocacy movements – has gone too far. What I have to say is that if you choose to see feminism this way, you frankly “do not get it”, and if you refrain from listening, you are subconsciously choosing “not to get it”.

Am I easily offended?

Before writing this article, I was thinking about the importance of including facts and numbers to enhance my chances of “convincing” you. But then again, I always believe that you don’t prove what already exists. Therefore, here’s me, sharing my own story with feminism and political correctness that you may or may not like.

Truth is, I am not easily offended when it comes to putting me in a box. That’s not because I was naturally raised to think this way; it is rather a result of a consistent self-training: to un-learn the bad habits of repeatedly blaming myself, accepting an offense or allowing it to dig deeper into my system.

Don’t get me wrong, I am not saying that I am a role model to look up to; what I am saying is that it shouldn’t be this arduous for women to take no for an answer. I shouldn’t have had to create my self-acceptance mechanisms if it wasn’t for what was actually offensive in the first place.

Is ‘’extreme feminism’’ really the case?

The term “extreme feminism” is often associated with when women backfire at you with “you are not allowed to judge my sexuality, mention me in ridiculous examples based on stereotypical images, and choose to link my mental health issues to hormonal behaviors – for instance.”

Although it is commonly agreed that women’s rights should be redeemed by the law, the patriarchal society still chooses to disagree that being offended does not mean that women are overly sensitive; it is rather more about history and experience: there has to be a ground to where this all comes from.

Is “extreme feminism” really the case here? Or is it that a whole society chooses to undermine a historical feminist struggle and dismiss the impact of social judgements?

Where does the offense start?

In my case, growing up in a village inside Lebanon, the twirling around topics like feminism, mental health, and the quest for acceptance has always been linked. The story starts with a young girl, seeking acceptance and trying to be heard when social behaviors have taught our generations back that women being themselves can be “a bit too much”. I was taught to sit up straight, fetch a “good” education, and please my society. I have to admit, these virtues weren’t that bad. Part of who I am today is linked to discipline habits in many ways, but not when discipline is linked to my womanhood.

This is where I had to ask myself, what about the pursuit of pleasure? Where does our mental health reside when we are taught to believe that our desires might be a disgrace, our voices can a bit too loud, and our rights will never be redeemed by any law or social standards? I realized that the urge to tackle topics like depression, anxiety, fear of speaking up, and taking care of ourselves always reflected a relatable mental state to other women.

Why some statements are actually an offense?

I believe that it is simply because some women have always had to deal with mental health issues, trying to defy the social stigma or stereotypes while trying to “be”. You learn with time that you are met with two options: Giving in to what you are allowed to have, or choosing to find alternatives and ways to challenge yourself. No matter how hard we try to polish the image of patriarchy, approving to live inside the box of social standards will always live at the cost of our mental health.

In order for you to be accepted, you will need to swallow these issues and behave like a lady. “Dress like a woman and behave a like man,” that’s what some would say to comfort us. But what if we don’t want to dress like a woman, or think like a man? What is the definition of a man’s way of thinking to begin with and why is okay to set labels for a certain category based on a sex, or gender for instance?

What we wouldn’t want to hear

Here’s how it goes: When a woman takes lead in a political position, she is often criticized based on her looks, outfits & appearances, and not based on competence. When a woman owns up to her sexuality, she is exposing herself for you to objectify her. When a woman is being assertive about a social standard that she struggles with, she can be too aggressive. When a woman is a leader in the making, she kind of looks bossy to you. When a woman is telling the truth, she is being too difficult and often intimidating. When a woman attempts to take up space, she is at the risk of being too much. When a woman is simply being, she has to be ready to indulge all the comments.

We tend to forget that women have been forced to multitask for ages, and therefore overthink. We slip on the thought that women have been fighting ongoing battles by the minute, which makes achievement even harder to maintain, let alone be backfired with absurd comments or jokes. I get it, it is easier to pull a stereotypical joke rather than dig a bit deeper into the root of all the triggers, but why don’t we give it a shot?

What do I want when I am offended?

When triggered by a comment, what I mean to say is that I am a human, and not a woman, who merely wants to be herself; no labels, no stereotypes, and no stigmas.

I don’t care if I am considered bold, strong, weak or intimidating. That is up to your irrelevant analysis and not who I am as a person. But I shouldn’t have to deal with labels over what I am dressed like when I am giving a speech, or what people would say when I am pursuing a particular job, or that my depression is just another hormonal thing that women go through all the time.

If I have become bulletproof, why am I still offended?

Today, ignoring offensive comments is no longer a challenge for me. But rather a choice to disregard social labels. They will always be there, and I will always be myself. What remains to be tackled here is the need to amend a system where policies and laws leave no place for equality, even after we’ve chosen to embrace it.

This is where the fight continues, as although you admit my rights, and I choose to accept that your comments do not define me, some other women never stood the chance because of a pattern based on fear, social convictions and a lack of accountability for the other sex; social behavior is never to be dismissed in this case.

Some other women never had the chance to be “bulletproof”, as they themselves believe that they are not good enough. It is my responsibility and yours, to enable the discourse that it is only righteous to dress, think, and love themselves as they please.

To say what is politically correct and acknowledge the roots behind the offense is a collective role; not because an opinion defines women, but simply because masculinity is what made it harder for us to be ourselves over the years.

If you & I were lucky enough to have or create equality in our lives, we still owe it to all other women through enhancing the dialogue and admitting that it is not up to you or me to question what can be offensive to a marginalized group; that is if – of course – you believe that we all play our role in enhancing the system towards social justice and equality.

Women are not being too sensitive nowadays. It is simply always easier to be oblivious of the impact of our behaviors.

To know more about the author, visit this link. Click here for another interesting piece by the author.