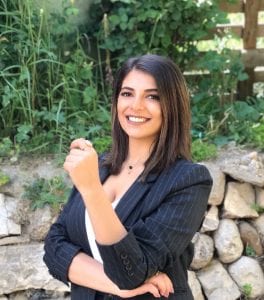 As if the arduous situations that lockdown measures have imposed on household members aren’t already enough, Feminists hit us with an additional dilemma to trigger our minds with! Voices have been raised all over the world to reinforce the need for women and vulnerable groups to speak up if they have been submitted to gender-based violence.

Campaigns are launched all over social media platforms by activists, feminists, and non-governmental organizations to share helpline numbers with parties in need of support. In return, many “quit exaggerating” comments contributed to criticizing “extreme feminism”. “Why focus on women in particular as everyone might be experiencing hard times during confinement?”, critics might ask.

Such contradicting perspectives allow deeper questioning, “how well do community members understand the term “gender-based violence?” and “what diverted the focus of such broad concept onto women in particular, rather than the community as a whole?”

Are we misinterpreting the term “Gender-Based Violence”?

Let us question ourselves. Upon posing the issue of gender-based violence or GBV, many consider the term derived from violence practices on women in particular, when in fact, this might be applicable to all genders and community segments. By definition, GBV is any form of verbal, physical, social, psychological, sexual, or economic abuse directed against an individual or a group based on their gender, where the prosecutor is usually of superior power and the victim is of a vulnerable one.

The reason why such term is mainly focused on women and girls lies in equality gaps between men and women in most societies, which very well relates to Middle Eastern countries.

Women, in particular, are target groups of GBV in such countries due to many social and psychological factors as they still face stereotypical judgments by the society, while local laws don’t seem to assist any further in tackling this issue.

The next time you hear someone claiming that women keep victimizing themselves when in reality they are powerful, you might want to proceed by responding with a list of legal laws and practices which violate women’s rights and human rights’ treaties.

From a legal perspective, the Lebanese Center for Human Rights reminds us on International Women’s Day that in Lebanon, a Lebanese mother still cannot pass down citizenship to her children; the female quota in parliament is not activated as only 4.5% of the Parliament are females; and women still have to endure personal status laws and religious courts which do not have to adhere to civil court relating to domestic violence or children custody.

When it comes to lack of GBV protection, the Lebanese law criminalizes sexual abuse while no legislation criminalizes sexual harassment itself. Additionally, the Lebanese parliament passed the domestic violence law on April 1, 2014, yet the latter fails to protect women from marital rape and other forms of abuse. Of course, women migrant domestic workers seem to be the most vulnerable groups in this case, where they have to work under the “Kafala” system, which puts them at risk of exploiting their human rights and doesn’t enroll them in the Lebanese labor law. A form of modern slavery, if we may say.

Of course, GBV feeds on such legal fragility as social and medical worker, Lea Kassouf, states that one of the main reasons of GBV is social. This indicates that abusive environments, legal aspects, and other social factors contribute to more gender-based violence. The second factor would be mere psychological, where mild or severe psychological disorders lead prosecutors to abusive behavior towards victims.

What changed during COVID-19 confinement?

According to a post on social media platforms by ABAAD – a non-governmental organization that aims to achieve gender equality in the MENA – the number of calls received by Lebanese security forces has increased by 100% during the confinement, while ABAAD’s helpline received 155 calls during March 2020, which is an increase of 20% compared to last year’s calls.

The basis of such escalation – according to Kassouf – is mainly linked to social, economic, psychological, or even political reasons. Social factors include an increase in stressful situations like overthinking, anxiety, or lack of awareness, while economic factors – which can lead to unemployment or instability – could have a negative effect on the prosecutor’s reactions and behaviors.

Furthermore, psychological disorders can be more profound during this period, especially that the prosecutor and the victim are obliged to spend more time together. For instance, a man with a superior role – as he is traditionally and socially used to being the financial provider of the family – could feel more pressure during the lockdown, which in turn might lead to negative behaviors and projections on the victim of violence.

This indeed does not leave the prosecutor off the hook, as the effects of gender-based violence on the victim could never have a positive effect. Kassouf states that GBV can leave social or psychological outcomes on victims including psychological disorders (depression, eating disorders, isolation, aggressiveness, low self-esteem, or anxiety).

Are victims actually stuck with GBV?

Victims of gender-based violence are in this case left under different solutions according to Kassouf. From the victims’ side, those who are submitted to violence are advised to contact specialists through the shared helplines where NGOs would directly interfere to support them, that is in addition to knowing their personal rights. Awareness sessions to all parts of the society including individuals, civil society groups, and policy makers would also work in favor of decreasing cases of GBV.

On national levels, Executive Director of The Lebanese Center for Human Rights, Fadel Fakih, suggests that implementing the laws and taking GBV more seriously would be another way to tackle this issue. The responsibility is to be shared by the civil society and the government in his opinion. For instance, The Ministry of Interior could be training police officers on how to resolve conflicts and refer cases, as more social programs and awareness campaigns could be enrolled by the Ministry of Social Affairs to improve means of communication between household members and help decrease the stigma of seeing specialists or seeking group therapy.

In essence, when it comes to gender-based violence, the responsibility is not to be segmented. It is that of me, you, the schools & homes we have socially inherited habits from, and the authorities. However, the first step would be accepting the fact that women are indeed a vulnerable group in most societies, and collectively violating their human rights will lead to an increase in gender-based violence. The second step lies in admitting that if women were not to be discriminated against based on their gender, feminists wouldn’t be advocating – not “exaggerating” – in the first place, and I wouldn’t be writing this particular article.