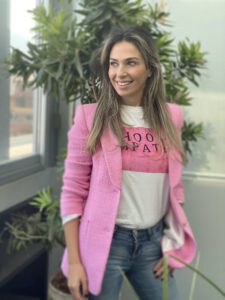 Women on Academic Boards: Sought after or Imposed?

Higher Education (HE) institutions are the main source of knowledge because of the very essence of their existence; they are expected to set the path to exemplary practices, more specifically towards the endorsement of female talent across top decisional positions.

In HE leadership, gender is not only about the under-representation of women, it affects the very nature of knowledge production itself. In this scope, several higher education institutions have been severely criticized for the lack of solid actions towards the endorsement of women across their boards, especially when they are the ones to present research outcomes about the needs and positive effects of gender diversity.

In this perspective, governance is extremely important to ensure that the place and role of women are authentically provided and effective, away from the tokenism theory[1], where minorities and women are placed as a symbolic representation to please certain stakeholders.

During the past few years, there has been an increase in the endeavors undertaken by several international public and private entities, to promote and support the participation of women across all fields of life, especially among large corporations. With globalization changing the rules of commerce, governance principles have become a cornerstone for sustainability and for building trust with the various stakeholders.

When tackling governance, board of directors’ composition and gender diversity, appear as governance mechanisms intended to ensure that the interests of shareholders and managers are aligned and to correct ineffective management practices. However, the size, composition, and structure of these boards play a major role in dictating their efficiency. The optimal board of directors’ composition and size depend on the organization’s structure. According to Investopedia, the average board size is between 8 and 12 members, and most boards range from 3 to 31 members[2]. Another element widely regarded is the level of diversity across these boards, more specifically regarding the presence and role of women. Diversity is a healthy and necessary element because it leads to better overall decision-making. Particularly, women’s presence brings a noticeable edge; the latter has a more focused approach on the human element, adds new insights into strategy development, improves corporate social responsibility, and can lead to enhanced organizational performance[3].

The Higher education industry is making steady progress when it comes to gender equality on the board. A recent analysis found that 32% of board members in the sector are female, compared with just 23.5% of those in Financial Times Stock Exchange 100 companies[4].

Governance in Higher Education has been subject to numerous transformations since 1990 to meet societal, economic, and demographic challenges, as well as to increase the social responsibilities of universities. While more women are making their way to the highest levels of academic leadership, the numbers are still shaky and many obstacles remain[5].

In a report about women’s representation in Higher Education published in 2021, 39 out of the top 200 institutions in the world (19.5 percent) are currently led by women, a slight increase from the 34 universities (17 percent) in 2019.

In Europe, and according to the 2017 European University Association (EUA) data on leadership in European universities, which covers 720 universities in 46 countries, only 12% of all rectors are female. The differences between the various countries are also vast. As an example, one-third of rectors in Sweden, Norway, and Finland are women, while several countries have less than 10%.

In the US and as of 2021, women represent around 30% of college presidents and 30% as well of the college board of directors, while more than 50% of heads of departments are women. Women are still paid less than men at every faculty rank and in most positions within institutional leadership[6].

In the Middle East, Women lead fewer than 7 percent of Arab higher-education institutions[7].

Board composition and accreditation – focus on Lebanon and the Middle East

Because of the realities of globalization and the growing competitive environment, many academic institutions have made it necessary to have a board of directors to increase their governance practices and to be accredited. These endeavors are expected to help these institutions rank higher in the community of quality higher learning institutions worldwide, to improve the value of their degrees along with the quality of teaching, and to advance their overall competitive position.[8]

In Lebanon, many privately owned universities are taking serious actions towards the endorsement of government practices, however, not all of them are internationally accredited and several ones have just recently created their own board of directors. Lebanon has been a leader of quality education in the region and Lebanese women continue to invest in their education and in earning higher-level degrees.

According to their official websites viewed on November 12, 2021, hereunder is an overview of the composition of the boards of some of the top universities in Lebanon and the Arab World[9].

In the Arab World:

Higher education institutions have an obligation to lead by example and to walk the talk; for centuries, women fought for access to higher education[10], let us hope to see more actions taken to further promote their role and involvement.

In December 1993, Judith Rodin was the first woman appointed as President at the helm of an Ivy League school at the University of Pennsylvania[11]. Almost 2 decades after, the struggle is still there not only for gender diversity but rather for social diversity that encompasses age, educational background, and nationality among other demographic features… all of which are necessary for organizations to grow and prosper and for societies to flourish.

Under the governance principles, women see their growth opportunities enlarged, and new horizons are made possible. The challenge that remains is to break existent stereotypes and have successful role models pave the way for others to follow.

To know more about the author, visit this link or click here.

[1] Strength in numbers? A test of Kanter’s theory of tokenism – ScienceDirect

[2] Evaluating the Board of Directors (investopedia.com)

[3] Why Women on Boards — Boardbound by Women’s Leadership Foundation (womensleadershipfoundation.org)

[4] On board: how universities are leading the way for female leadership | Universities | The Guardian

[10] A History of Women in Higher Education | BestColleges