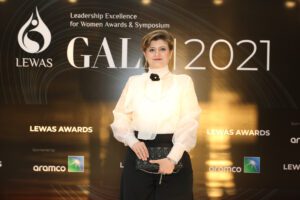 Women in Nanotechnology: Breaking All Barriers

Science, Technology, Engineering, and Mathematics (STEM) fields are catalysts for the achievement of the 2030 Agenda for Sustainable Development. Yet, for social, cultural, and psychological reasons, women’s engagement and participation are still considered lower than men’s.

As women take on more leadership roles advancing social and political change, women’s contributions to the industrial transformation occurring specifically within the energy sector should be highly considered.  While women engineers may still be the minority, many women have become very successful and were able to prove themselves in the industry. These women are breaking stereotypes by being role models to others showing that engineers and scientists can succeed in the field, regardless of gender.

Nanotechnology – one of the most promising technologies – touches nearly every aspect of our lives and has the potential to significantly impact our society in different areas such as medicine, agriculture, water, energy, construction, transportation, and consumer electronics. Working at the nanoscale has the potential to address some of the toughest challenges facing the world, specifically climate change.

In 1959, Caltech physicist, Richard Feynman gave a lecture called There’s Plenty of Room at the Bottom”, in which he envisioned a world where scientists could manipulate atoms and molecules, reflecting that we can arrange atoms the way we want! Growing numbers of exciting nanoscience and nanotechnology projects are led nowadays by women scientists who are making strides in crucial areas such as sustainable energy production, clean water treatment, and cancer treatment.

One of the most important challenges of the 21st century is harnessing the sunlight incident on earth with inexpensive and efficient solar cells. Solar cells made using nanostructured materials (nanoparticles and nanowires) are being investigated around the world to address this challenge. This new field of nanotechnology has opened up new and promising possibilities to improve environmental quality and economic prosperity and was investigated by many scientists – who happen to be women – who were able to contribute to the scientific community and serve to energize and inspire the barrier breakers of the future. They employed nanostructures in solar cells to improve the performance of conventional solar cells and to obtain conversion efficiency higher than the theoretical limit from inexpensive materials with low production cost and low energy consumption.

These women demonstrated that nanoparticles and nanowires have unique advantages that make them useful in Photovoltaic designs – having very large surface areas per unit volume or per unit mass – in addition to Quantum confinement effects encountered in nanometer-size materials that convey the unique optical and physical properties.

Some examples of Women in Nanotechnology:

Mildred Dresselhaus, USA, – Known as the ‘queen of carbon science” –  is a professor of physics and electrical engineering (emerita) at MIT. Her work led to a fundamental understanding of the electronic structure of semi-metals, especially graphite.

Michelle Simmons, Australia, brought quantum computing—computers built on the principles of quantum physics instead of “classical physics”—to the people. The result could revolutionize the future, from space exploration to medicine.

Hadiyah-Nicole Green, USA, is the pioneer of a particular technology that uses laser-activated nanoparticles to treat cancer. She is also a recent winner of a $1.1 million grant to continue developing and refining the technology. She has over ten years of research experience in the application of nanotechnology.

Qilin Li, China, works to develop new methods of water treatment and to understand the environmental fate and transport of nanomaterials.

Mary Ann Meador, USA, is a senior scientist in the Materials and Structures Division at NASA Glenn Research Center. She synthesizes new types of low-density solids with nano-sized pores, called aerogels, which can be used for aerospace applications.

Michelle Bradbury, USA, is the Director of Intraoperative Imaging and Professor of Radiology at Memorial Sloan Kettering Cancer Center. In her lab, she develops, characterizes, and evaluates silica nanoparticles that can target tumors and act as probes for diagnostics, drug delivery, and sensing.

Many other women scientists from all over the world have made a huge contribution to solving real-world problems and made a big difference in the science field.

Nanotechnology-enabled products that lead to even greater advances in the future are highly needed today. This widespread use of nanotechnology continues to drive the development of new eco-green products and devices that have a great impact on the environment and countries’ economic development.

Engineering is not just a man’s world, and it is crucial for everyone to take part in the movement to empower women engineers and scientists and create opportunities in terms of nanotechnology education and profession – without any restrictions and limitations – and recognize role models to inspire and encourage girls to pursue their careers and make a big difference by contributing effectively to their community.

Women scientists bring new perspectives to science as well as to the workplace itself. Being 50% of the population, women in science can only mean more benefits to the world.

To know more about the author, visit this link. Click here for an in-depth read of Basma’s latest paper on “Nanometer-sized Structures Grown by Pulsed Laser Deposition“.