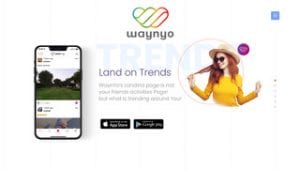 WaynYo, the first trend-focused platform in the region, officially launched in the Middle East, with Lebanon as its second operating market. The application, available on Google Play and the App Store is a revolutionary way of aggregating content based on popularity and likes, with the ability to track most liked and engaged with content within a certain geolocation.

This one-of-a-kind platform was founded by Mr. Wissam Tamer and Mr. Dany Moghnie, two telecommunication entrepreneurs – who had a single-minded vision of empowering the common man with the power to influence and ability to have their content seen by millions around the region.

Commenting on the launch of WaynYo, Mr Wissam Tamer said: “WaynYo enables users to discover the trendiest photos and videos circulating in their area. It’s an application that is able to aggregate the most liked and engaged with content so users have an unbiased way of seeking out content that actually trends in a certain area.

With WaynYo, we all have the power to become influential and to have our content seen by anyone and everyone without the risks of complicated 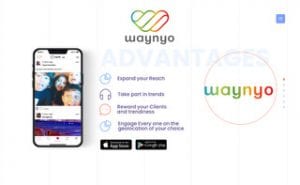 algorithms and advertising implications. It’s a simple formula – the more likes you get, the higher your chance of having more people view your content.”

WaynYo is an open public application, meaning that any content posted can be seen, liked and “super-liked” by any user and can be shared and linked to other social media platforms, including Instagram. WaynYo has established a partnership with a Kuwait based angel investor to reach a wider audience in Lebanon and the region.

Mr. Tamer thanked Touch Lebanon for their support to the app which brings a big comfort to the uprising startup community.

WaynYo plans on expanding and reaching more potential users in the region in the upcoming months.