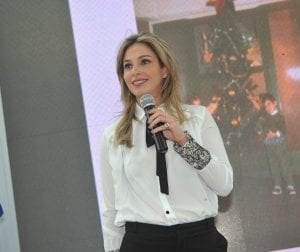 While women have always been faced with what is called the “glass ceiling”, or the invisible barrier that makes it difficult for them to access top managerial positions, a counter phenomenon, the “glass cliff”, exists. Women in leadership positions at organizations going through crisis seem to be overrepresented.

What are the reasons for this paradigm when the chances of failure are higher, and the risks are greater? What are the repercussions of the glass cliff on the overall perception and growth of women?

In periods of turmoil, whether because of unstable macro-environment factors or internal difficulties, risk-taking becomes the focal point to manage through shaky waters. To counter these problems, organizations tend to undertake a series of drastic measures that include restructuring, business model reconsiderations, strategic shifts, and leadership change, pushing organizations to try something new. Such attempts include the possibility of providing greater opportunities for women to take on leadership positions. These changes put organizations and their leaders under high scrutiny and pressure, both from stakeholders and the media [ii]. The pressure is intensified when non-conventional individuals are put to the front, making them more likely to be held fully responsible for the poor performance and mistakes, even though the problems were mostly inherited.

There is evidence of glass cliff examples in both the private and public arenas with some of them constituting inspiring success stories despite the tough journey. Hereunder is just a sample of women that were appointed to handle organizations and institutions in difficult times.

Theresa May was appointed as Prime minister to the UK in 2016; she is said to be a classic example of the glass cliff as she was voted shortly after the Brexit; she resigned from her position in 2019.

Marissa Mayer was named as CEO of Yahoo! in 2012 when the company had lost significant market share to Google; Mayer resigned in 2017 after high scrutiny and before the acquisition of Yahoo! By Verizon.

Jill Abramson is another example; she is the first female chief editor of the New York Times, designated in 2011 when the company was facing declining advertising revenues and threats related to the shift towards digital technologies; she was fired in 2014.

Mary Barra was named as first GM in the automotive industry at General Motors in 2014; her nomination was faced with severe criticism from wall street after the scandal related to the thirteen deaths associated with electrical problems in GM cars. Today she is labelled as an exceptional CEO as she surely led General Motors out of crisis.

Christine Lagarde was appointed in 2011 as Managing Director of the International Monetary Fund when the credibility of the company’s decisions had been questioned during the Greek financial crisis. Today, Lagarde serves as President of the European Central Bank.

Iceland Prime Minister, Katrin Jakobsdottir was appointed in 2017 right after the financial crisis and after 3 elections taking place in the previous years; her tenure is remarkable.

Industrial-organizational psychologists refer to the phenomenon as “think crisis, think female”[iii]. There are numerous factors that favor the appointment of women to manage entities in crisis; these include the below:

No matter how tempting breaking through the glass ceiling might look, the appointment of women to leadership positions in situations of crisis can seem like a double-edged sword. What looks like an opportunity for growth is wrapped by a predominant danger: the risk of falling from the top. But that is not all, other negative repercussions on the overall perception of women can also happen:

Men or Women? It is about time to change the question. Real equality is about understanding the capabilities of the person and not confining or classifying one or the other into distinct categories. Organizations should engage in promoting diversity at all levels and installing a culture where complementary skills of men and women are put together to achieve greater results.

When women are provided with better opportunities for growth and for handling all sorts of organizations-be it in times of crisis or not-the association of gender with situational leadership will fade away, taking with it what is called the glass cliff.

If research allows us to understand the glass ceiling and glass cliff concepts along with their impact on women leadership, it is our responsibility as men and women to shatter the glass. By promoting openness, equality and growth, every person is able to reach their full potential and make a positive impact for the sustainable growth of organizations, and countries.

To know more about Madonna, visit this link, or click here.