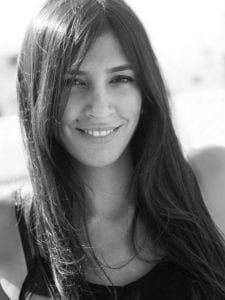 Righting The Wrongs of Gender Policy Making in MEA

Under both international scrutiny and support, the MEA (Middle East and Africa)* region has witnessed many breakthroughs on women’s rights and empowerment in recent years. But to a trouble-laden and often volatile geopolitical backdrop – coupled with socioeconomic shakeups to boot – these developments have been for the most part siloed, scattered, and disengaged from wider national interests, policymaking and more importantly, legislative frameworks. Across the MEA’s hodgepodge of political systems, economic maturity stages, and sociocultural contexts, women continue to be bound by an unanimously patriarchal societal structure. Change on the ground has been, naturally, slow and spotty.

Governmental bodies, civil society activists and international agencies have been collaborating on a spate of policies and programs aimed at increasing women’s participation in decision-making positions, economy, politics, and sustainable development. Other strategies have been put in place to focally tackle gender-based and domestic violence, both of which remain widespread. While they have culminated in some momentous successes, such as the repeal of the “marry-your-rapist” law in many MEA markets, the absence of clear monitoring, evaluation, and follow-up frameworks and systems to ensure and measure the implementation of such programs has, often, rendered them mere ink on paper.

Similarly, MEA’s ratification of international accords, such as the Beijing Platform for Action; the United Nations Security Council Resolution 1325, on women, peace, and security; and the Convention on the Elimination of Discrimination against Women (CEDAW), have seen lukewarm commitment and lax enforcement from policymakers and legislators on the ground. Across most countries in the region, CEDAW particularly was adopted with reservations, on articles that conflict with Shari’a principles or other legal restrictions.

In effect, dated and restrictive family codes have largely curtailed efforts to grant women more rights. Significant legal inequities persist in freedom of movement, marriage and divorce, inheritance, land ownership and entrepreneurship. And while most labor codes guarantee gender parity on the surface, gender disparities in access to employment opportunities, and to equal pay for work of equal value are equally blatant.

At the root of this slow progress in amending the laws on the books is women’s near absence – and at best, minimal representation – in the policymaking and political sphere. Weak governance, governmental stalemate, corruption and security crises in markets like Syria, Iraq, Libya, and to a lesser extent, Lebanon and Sudan, have put women’s empowerment on the backburner for more pressing priorities.

Syria’s civil strife and its irreversible damages on women’s psychological and physical wellbeing – as well as on their role in peacekeeping efforts – gave way to a slew of international co-op efforts by humanitarian and relief organizations, but they also curbed efforts for long-term progress. In Iraq, a wave of violence against and assassinations of high-profile female leaders in 2018 sent out a clear message to women’s emancipation advocates. They are not safe.

Under Gaddafi’s rule, women in Libya had more equal rights in laws related to their participation in the economy and education. Today, the implementation of policies and programs has become considerably difficult.

And despite a relatively liberal and progressive environment, women’s rights are no more institutionally and legislatively preserved in Lebanon than they are in more conservative neighboring countries. By the 2018 parliamentary elections, Lebanon had not held any such elections for nearly a decade, since 2009. This gap not only held back the proposal and passing of laws that pushed for women’s rights and specialized committees, but also, delayed what would have otherwise been consistent growth for women’s participation in Lebanese politics.

Following the independence of South Sudan in 2011, gender equality reforms have also taken a backseat in Sudan’s policymaking efforts; despite the ruling National Congress Party’s repeated public declarations of support to women’s rights and policies.

In relatively more stable economies, like Jordan, progress on policymaking for women’s empowerment has largely relied on the support of international agencies and fallen outside of direct government funding. Compounding this challenge is a disconnect between national women’s bodies and other governmental authorities – including ministries.

And in markets where the political system is overruled by religious dogma or autocratic rule, gender inequality is deeply rooted in inherently patriarchal systems. In the GCC, Shari’ah compliant and overwhelmingly monarchist systems have limited population-wide political participation.

Saudi Arabia remains the only country in the world to have a formalized male guardianship system – effectively violating its international ratifications. Under the guardianship system, women, even of adult age, must obtain guardian (mahram) consent to carry out day-to-day activities and processes. A commission responsible for the Promotion of Virtue and the Prevention of Vice is run by the religious police. It had historically – and reportedly violently – enforced Saudi Arabia’s strict gender segregation laws in both public and private spaces.

But many developments have come in favor of women’s empowerment. In Palestine, despite a near-permanent state of political uncertainty and war with neighboring Israel, the government has showed a strong commitment towards gender equality.

And while Tunisia, which had long paved the way for women’s rights and advancement in MENA (Middle East and North Africa), continued with steadfast progress on gender parity and equality, others like Saudi Arabia, and to some extent, Egypt, witnessed a radical transformation on this front. Partly motivated by national interests to liberalize its economy, since 2017, Saudi Arabia has pushed on a reformative agenda under which women, long oppressed by the Kingdom’s male guardianship system, were granted significant rights.

In 2016, the Saudi Cabinet of Ministers issued a law, curbing the Promotion of Virtue and the Prevention of Vice commission’s authority. In 2017 and 2018, several Saudi decrees and regulatory updates were released, granting women more social and civil rights – including the landmark decree lifting the ban on women driving, and the rights to register businesses, and to process governmental paperwork without guardian consent.

In April 2017, Saudi Arabia was elected as a member of the UN Commission on the Status of Women, causing, however, outrage

In March 2017, Egypt’s NCW (National Council for Women) released its 2030 Women’s Strategy,[i]under Egypt’s Vision 2030 and its Sustainable Development strategy. President Al-Sisi declared 2017 as the “Year of Women”.  NCW’s 2030 strategy goals demand the male population’s involvement in women’s empowerment; the amendment of existing personal status laws; a review of existing legislations limiting women’s participation in public posts; and a change in religious discourse toward correct and beneficial interpretations of Shari’a (Islamic teachings) law. This month, six women were appointed to the newly formed Lebanese ministerial cabinet, including the first female defense minister in the Arab world.

These developments, particularly in uber conservative MEA countries, show promise for progress toward true gender equality. But left unattended, they may well fall prey to the barriers that impeded many before them: bureaucracy, miscommunication and lukewarm commitment.