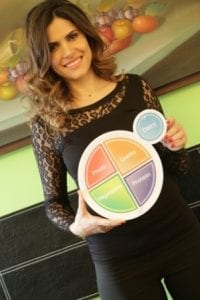 Few people are aware of the connection between nutrition and depression. Depression is more typically thought of as only biochemical or emotional.

On the contrary, nutrition can play a key role in the onset as well as severity and duration of depression. Many of the easily noticeable food patterns that occur during depression may include: Poor appetite, skipping meals, and a dominant desire for sweet foods.Nutritional neuroscience is an emerging discipline shedding light on the fact that nutritional factors are linked with human cognition, behavior, and emotions.

They are associated with: Deficiencies in neurotransmitters such as serotonin, dopamine, noradrenaline, and γ-aminobutyric acid (GABA) .

The dietary intake pattern of the general population in many Asian and American countries reflects that they are often deficient in many nutrients, especially essential vitamins, minerals, and omega-3 fatty acids. Studies have indicated that daily supplements of vital nutrients are often effective in reducing patients symptoms.

The amino acids tryptophan, tyrosine, phenylalanine, and methionine are helpful in treating many mood disorders including depression. Tryptophan, is usually converted to serotonin (the happy hormone) therefore induce sleep and tranquility.

“Previous research has revealed the link between nutritional deficiencies and some mental disorders.”

The most common nutritional deficiencies seen in patients with mental disorders are of omega–3 fatty acids, B vitamins, minerals, and amino acids that are precursors to neurotransmitters:

Carbohydrates affect mood and behavior. Consumption of diets low in carbohydrate tends to precipitate depression, since the production of brain chemicals serotonin and tryptophan that promote the feeling of well-being, is triggered by carbohydrate rich foods.

The brain is one of the organs with the highest level of fats. Gray matter contains 50% fatty acids that are polyunsaturated and supplied through diet. Lowering plasma cholesterol by diet and medications increases depression. sufficient omega-3 poly unsaturated fatty acids may decrease the development of depression.

Clinical trials have indicated that Vitamin B12 delays the onset of signs of dementia. Adolescents who have a borderline level of vitamin B12 deficiency develop signs of cognitive changes. Vitamin B12 is mainly present in meat, fish, eggs, milk and cheese.

It has been observed that patients with depression have blood folate levels. A study has shown that 500 mcg of folic acid enhanced the effectiveness of antidepressant medication. It is not clear yet whether poor nutrition, as a symptom of depression, causes folate deficiency or primary folate deficiency produces depression and its symptoms. Folate is mainly present in green leafy vegetables, beans, peas, lentils and fruits.

Many studies on the association of chromium in humans depression have been recorded;

Iodine plays an important role in mental health. The iodine provided by the thyroid hormone ensures the energy metabolism of the cerebral cells.

Iron is necessary for oxygenation and to produce energy in the brain and for the synthesis of neurotransmitters and myelin. Research findings pointed out that twice as many women as men are clinically depressed. This gender difference starts in adolescence and becomes more pronounced among married women aged 25-45, with children. Iron deficiency anemia is associated with apathy, depression, and rapid fatigue when exercising.

The role of lithium has been well known in psychiatry. The therapeutic use of lithium is mainly in depression, schizoaffective disorder, aggression, impulse control disorder, eating disorders, and in certain subsets of alcoholism.

Intervention studies with selenium with other patient populations reveal that selenium improves mood and diminishes anxiety;

Studies have shown that zinc levels are lower in those with clinical depression; Furthermore, intervention research shows that oral zinc can influence the effectiveness of antidepressant therapy.

Current research in psychoneuroimmunology and brain biochemistry indicates the possibility of communication pathways that can provide a clearer understanding of the association between nutritional intake, central nervous system, and immune function thereby influencing an individual’s psychological health status. These findings may lead to greater acceptance of the therapeutic value of dietary intervention among health practitioners and health care providers addressing depression and other psychological disorders.