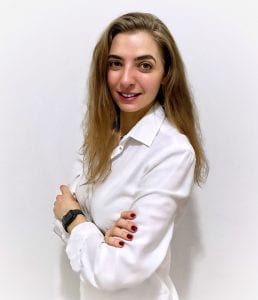 Extraterritoriality of Sanctions from a Corruption Lens

The notion of sanctions started evolving ever since the end of World War II and became widely prevalent by the end of the Cold War in 1991. Sanctions enjoy a notable appreciation in the international negotiation contexts; they seem to be a recurring feature in the current political interactions between states, and they are nowadays one of the most discussed topics in the daily news. The basic logic of sanctions is disciplining states or regimes’ behaviours in case human rights are violated or international peace and security are endangered. It is noteworthy that there is no universally recognised definition of sanctions, but they can be referred to as:

“Coercive economic measures taken against one or more countries to attempt to force a change in policies, or at least to demonstrate the sanctioning country’s opinion of another’s policies[1]”.

Article 41 of the UN charter, entitled specifically the Security Council to decide on the measures, including sanctions, to be employed to make their peacekeeping decisions effective. It is important to mention that the decisions taken by the Security Council are voted by the majority of the total 15 members. Which means that those decisions are taken jointly with other country members which – as a stand-alone argument – grants such decisions global trustworthiness.

However, some countries have taken an aggressive step forward and started imposing unilateral targeted sanctions on other countries where human rights and security are perceived to be violated, or when their national interests are affected by threatening events happening elsewhere. Such interventions have a justified, yet, debatable legal basis deriving from “the effect principle[ii]” and the “universal jurisdiction principle[iii]” guaranteed as exceptions to the principle of territoriality in international law. These countries are managing to promulgate laws legitimizing their unilateral interventions around the world. Such sanctions became a primary tool to advance powerful countries’ foreign policies. The United States, for example, promulgated the Global Magnitsky Human Rights Accountability Act to target corruption and serious human rights abuse around the world.

Sanctions from a corruption lens

It goes without saying that corruption is a threat to international peace and security. Fighting corruption is at the centre of the global reform agendas, and corruption itself has become one of the risks faced by the global community according to the Global Risks Report of 2020 published by the World Economic Forum.[2] The consequences of corruption are numerous; however, its impact has gone beyond the countries’ borders as it started contributing – among others – to international threats, such as global organized crime networks, terrorist organisations, economic disruptions, and penetrable international security regimes. The international community is putting endless efforts to curb systemic corruption and to engage with severely corrupt regimes to achieve further mitigation. There are several international measures tailored to tackle corruption (i.e., UNCAC, FATF, FCPA, OECD convention, etc.).

Recently, a widely recurring behaviour is exercised by powerful economies (also known as developing countries) translated by imposing unilateral targeted sanctions on countries where corruption is widespread and systemic. Unilateral sanctions usually target countries that are much smaller, economically weaker, and more politically unstable than the sanctioner.

Kenya, Lebanon, Russia, Venezuela, Iran, Cuba, and many other countries are subject to unilateral  sanctions. These sanctions comply to nationally-developed regimes punishing governments, people or entities committing grand corruption cases as well as human rights violations. Looking at this matter from a wide perspective, the most compelling evidence can be that these sanctions will succeed at mitigating corruption in those countries, eventually preserving human rights and security. However, in this power-driven and money-centric world, any form of extra-territorial intervention should always be doubted for the fear that countries’ interests (especially the powerful countries) are in constant alteration which highly impacts their own political agendas.

The ever-changing economic and geopolitical interests have an important impact on the international power dynamics, governance, and global order. Therefore, developed countries possessing a tool as critical as imposing sanctions – at their convenience – without having internationally-recognized and well-defined standards (stipulated in the international law) for their use can be quite hazardous. Those unilateral sanctions can be abused for the pursuit of those countries’ own economic or political interests, which opposes to the idea of multilateral sanctions developed by the UN or other international organisation. Such a tool can serve as a severe pressure on countries to comply with agendas serving the powerful countries’ interests. Ironically enough, this suggests that developed countries are fighting corruption through aggressive means exercised on other countries for their own national interest. These countries are abusing the power given to them just by having a strong economy to intervene in other countries’ affairs to achieve, consequently, their own politico-economic interests. After all, this behaviour does not seem very different from the one that defines corruption.

Unilateral sanctions – aside from promoting self-interest – violate many basic principles of international law. The legal equality of states, the principle of respect for the dignity of national sovereignty, alongside the non-intervention in the internal affairs of states, are core principles that seem to be disregarded almost completely by the enforcement of unilateral sanctions. Also, this type of sanctions breaches several core principles of the UN Charter, such as the principle of territorial integrity and duty to cooperate.

The consequences of unilateral sanctions on the sanctioned countries’ national context are of a destructive nature. In fact, these sanctions cause more harm than good, especially when there is absolutely no direct and enormous mutual benefit between the sender nation and the sanctioned country (the majority of cases). Sanctions such as economic blockages and bank transfer refusals prevent the earning of revenues and the use of resources to develop and maintain infrastructure, alongside the support of social programs, also preventing the public and private sectors from purchasing the necessary goods. Under those circumstances, spill-over-effects start to show, such as increased levels of migration of specialists including doctors, nurses, university professors, teachers, etc., and an increased lack of access to food, medicine, medical health, and many more. As a consequence of the merciless sanctions, the basic rights of citizens living in sanctioned countries are threatened.

Moreover, studies show that there is a direct correlation between unilateral sanctions and corruption. The imposition of trade embargoes will lead to a rising risk of corruption. Therefore, sanction-evading methods start to proliferate. One example would be that targeted countries would make alliances with criminal groups to generate revenue, secure supplies, and strengthen their power. Targeted countries therefore accept the irregular modes of business and justify the ethics of such irregularities. As a consequence, the respect of the rule of law is undermined and the public’s tolerance of lawbreaking increases.  The restriction of trade and financial exchanges on the targeted country leads to a failure in economic competition and, therefore, corruption. Studies also show that countries targeted with economic sanctions are more corrupt than those that did not experience sanctions in the time period.

In simple terms, the legitimacy of sanctions is justified by their effectiveness. Furthermore, the success of sanctions depends on the number of parties involved and the mutual consensus on the imposition. Even though multilateral sanctions seem to be more effective than the unilateral ones, the overall success rate of sanction regimes is low. Moreover, most of the past experiences suggest that in around 80 per cent of the cases, sanctions do not reach the objectives they set out to achieve on any parameter possible[3].

To conclude on the key takeaways of the above arguments:

[i] Christopher Joyner, Professor of government and foreign service at Georgetown University, states that the word “sanctions” under international law refers in general to “coercive measures, taken by one state or in concert by several states, which are intended to convince or compel another state to desist from engaging in acts violating international law”. William Waldorf, an American-British attorney, politician and businessman, defines sanctions as a mean to force authoritarian regimes to introduce democratic principles into their systems and to respect human rights.  In its broad interpretation, countries for the sake of preserving their interests can impose sanctions on other countries/ regimes.

[ii] The effect principle: the ability for some countries to extend the effect of their laws to apply on activities harming their interest.

[iii] The universal jurisdiction principle: prosecution of offences that are globally recognized as crimes such as piracy, war crimes, etc.