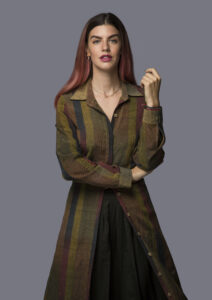 Elissa Freiha is an Emirati of Lebanese and American descent. She is a passionate entrepreneur, investor, executive producer, and public speaker.

Being also a women’s rights advocate, she crowned her mission by founding Womena, a Digital Media company that creates compelling female-focused content in the MENA region.

As a prominent speaker on women’s involvement in entrepreneurship and active angel investor with over 30 investments between North America and MENA, Elissa has been frequently recognized in various media outlets, appearing on BBC’s 30under30, Forbes Middle East’s “50 Business Leaders Inspiring The UAE”, and Arabian Business’ “100 World’s Most Influential Arabs”, “100 Most Powerful Arab Women”, “100 Most Influential Arabs under 40”, “Entrepreneur of the year 2019” by One Young World, Forbes Middle East’s “100 Power Business Women 2020” as well as as being named one of the 10 people that will shape the region over the next decade by Esquire Magazine.

Prior to co-founding WOMENA, Elissa has previously worked in marketing, sales, and events in entertainment and media. In terms of education, she holds a Bachelor of Arts in Global Communications from the American University of Paris, the city in which she was born and raised.

Embrace the Empowerment
Posted in Who Is She ? and tagged EmbracingEmpowerment, ExecutiveWomen, WomenEmpowerment, WomenEntrepreneurs, WomenInBusiness, WomenInLeadership, WomenLeaders