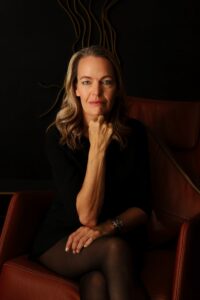 Starting her career with the leading hotels of the world, Dagmar previously worked in various luxury properties in France, Switzerland and her native Germany. Her first General Manager position was at Hotel Chateau Grand Barrail in Saint Emilion, France at the age of 28. She then spent 12 years in a managerial capacity in the luxury jewelry business and worked in flagship stores of renowned brands such as BVLGARI and Louis Vuitton in France and Germany where she held the position of Marketing Director, before returning to the hospitality industry in 2010 as Hotel Manager for Hotel Vier Jahreszeiten Kempinski, Munich.

Dagmar’s career with Kempinski brought her to the Middle East when she was appointed as the pre-opening General Manager for Kempinski Summerland Hotel & Resort in Beirut, Lebanon. After the successful opening of Kempinski Summerland Hotel & Resort, Dagmar held the position of Cluster General Manager at Phoenicia InterContinental Hotel in Beirut, Lebanon and Phoenicia Le Vendome InterContinental Hotel.

After a five-year span in Lebanon, she relocated to Anantara Al Jabal Al Akhdar Resort in Oman, where she re-established the property as a leading Luxury Hotel in the Middle East. Dagmar is currently the Head of Hill Robinson Estates in the Kingdom of Saudi Arabia.

The passionate entrepreneur studied at the Ecole Hôtelière de Lausanne in Switzerland, a pioneer in hospitality education since 1893. Fluent in English, French and German, she is a result-oriented individual with a solid track record in driving teams to deliver successful results both in terms of quality and business performance. Dagmar has been a well-established author, contributing to multiple articles throughout her career as well as a featured guest speaker, lecturer and panelist in the region’s most prestigious universities, institutions, and guest speaker platforms.

Embrace the Empowerment
Posted in Who Is She ? and tagged coaching, EmbracingEmpowerment, ExecutiveWomen, leadership, SelfDevelopment, WomenEmpowerment, WomenEntrepreneurs, WomenInBusiness, WomenInLeadership