Whenever I am asked about the books I would recommend to others or those that have left an unfading track and a long lasting effect in both my mind and heart, my answer is invariably the same: “Well, there are so many!” As I happen to be a compulsive three lingual reader ever since I remember.

So, here I selected some of the most remarkable books that have truly changed my life, broaden my horizons and made me grow. What’s more, I personally think everyone should read the following titles, at least once in a lifetime, otherwise, they would be missing out on some precious opportunities of critical thinking, deep knowledge and introspection.

Needless to add that of course, there are plenty of others that could be included in this short list.

1-“One Hundred Years of Solitude” By Gabriel Garcia Marquez 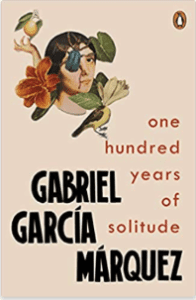 This epic tale is a masterpiece in the art of fiction. One of the most famous in the category of magical realism. A heart-moving story with multiple characters that spans a hundred years of tumult, with the rise and fall, of a mythical city in Latin America through the history of the Buendia family; whose members’ social condition, political choices and priorities will drastically change across seven generations. The patriarch built a once flourishing city that has witnessed progressive decline, until it got dilapidated and vanished in ruins.

Funny and sad at the same time, with unforgettable characters that strike the soul with loads of compassion and induce a true reflection about the meaning of life. 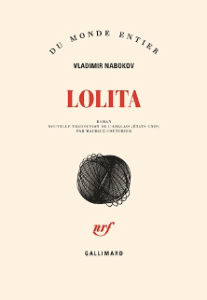 A beautiful and controversial novel that is truly disturbing! It depicts the complexity of human psychology and interaction between human beings. Lolita’s unreliable narrator who also happens to be the main character Humbert seduces us, readers, making us somehow complicit in his crime. Nonetheless, it is one of the few works that put us in the mind of a wrong-doer, giving us a good insight of his perspective, enabling us to deeply understand his wrong deeds and of course condemn them! 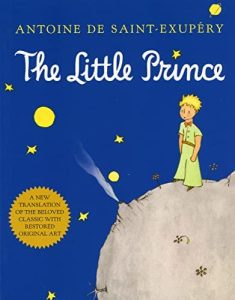 This is a compelling short story, filled with lessons. One of the most read classics all over the world, A timeless tale, full of deep thoughts and nice lines, of a little prince’s journey seeking adventure and wisdom. What he found, however, are unpredictable interactions with adults that have left him frustrated or concerned because he saw them as narrow-minded beings, with no imagination and wrong priorities.

A book meant to be deeply thought about as it brings us closer to various aspects of life (humans, animals and nature in general…).

4- “The bluest eye” by Toni Morisson 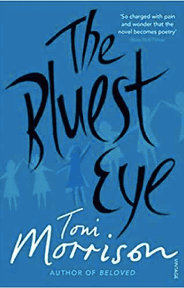 I have discovered Toni Morisson early in my life, and let me tell you that this discovery was both a privilege and a rare pleasure.  The bluest eye is her very first novel. It rises deep questions about race, gender and class with the  strength and grace that characterises all her works.

Through the story of the hurt and unloved Pecola who prays each night for blue eyes like those of her privileged white school mates. We dive in an intimate journey, profound and unsparing.

The Bluest Eye leaves a bitter and yet virtuosic taste while it invites to a powerful analysis of the concept of “conformity”.

5-“Letters to a young poet” by Rainer Maria Rilke 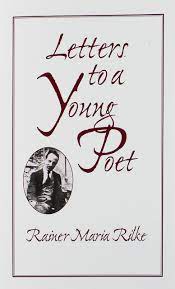 I have read this book at fourteen and I guess that it played a crucial role in my further choices in life, especially the one of becoming a writer!  As, it made me believe that this dream was not out of reach.

In the beginning of the twentieth century, a young student sent some of his writings to the famous poet Rainer Maria Rilke, requesting his opinion regarding their value and whether he should pursue his dream of writing and publishing his work. The older artist answered the novice in an amazing series of letters with remarkable insights into the art of writing.

6-“Castellio against Calvin” by Stefan Zweig 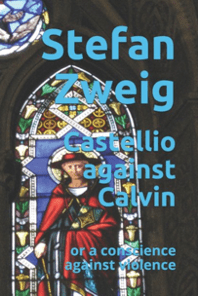 This was the second book I have read by Stefan Zweig after “24 hours in the life of a woman”. I had found it somewhat by chance on the shelves of a second-hand bookseller in Rabat. And what a discovery!

Castellio against Calvin tells the story of Calvin’s tyrannical takeover of Geneva in the 16th century, by introducing his fanatical religious views, that suffocated the city and its inhabitants.

Released in the thirties of the last century in conjunction with the rise of fascism and Nazism in Europe. This polemical essay, originally written in German (and which I’ve read in French), depicts the revolt of an individual against the power of a totalitarian system.

Written a century ago, but remains of circumstance, insofar as the messages it advocates remain relevant in the face of all forms of intolerance. This book made me meditate on today’s world, dogmas and dictatorship. It is a warning against fanaticism in all its facets!

7- “Crime and punishment” by Dostoevsky 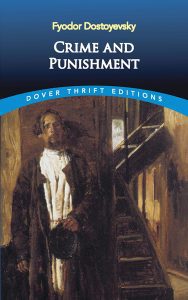 A supreme masterpiece of literature, of all times, that I’ve stumbled on in my teenage years and dove in eagerly based on a friend recommendation.

The author portrays in gloomy, yet captivating tones the story of an impoverished tormented student struggling between good and evil. Dostoevsky explores moral dilemmas and complex inner dialogues of his main character.

Believing that vile means could justify higher purposes, the young student decides to murder an old pawnbroker whom he regarded as unscrupulous.

Later, he was submerged by panic and guilt, and therefore, felt forced to confess for relief. Beyond the homicide, the story covers a tumultuous journey from suffering to redemption. This extraordinary, unforgettable work is an accurate exhibition of human psychology. 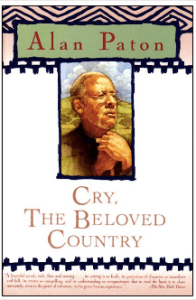 Unforgettable and remarkable! Cry the beloved country is a great impassioned novel that has emerged out of the tragedy of the South African Apartheid.

Compelling and so beautifully written, it recounts the deeply moving story of a Zulu pastor and his son’s dramatic journey in the midst of racial injustice.

It’s a story of love and courage, hope and dignity.

9- “The murder of Roger Ackroyed” by Agatha Christie 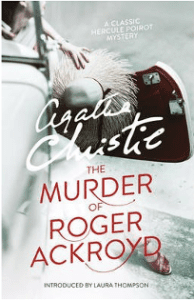 According to critics, this book is perhaps Agatha’s most daring mystery, brilliantly led with the exceptional detective Hercule Poirot and ending up with a memorable twist.

Sir Ackroyd knew too much, and the post surprised him with a new piece of information. A fatal one!  Sadly, before he could finish reading the letter, he was mysteriously murdered…

Once I’ve read this book, I fell in love with the author’s genre ever since. To date, I guess, I have read no less than eighty of her captivating stories.

10-“The Alchemist” by Paulo Coelho 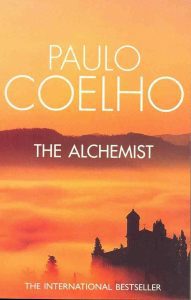 An inspiring novel, enchanting with its powerful simplicity and dazzling wisdom. It is about the deeply humane story of a young shepherd, who travels from his homeland in Andalusia to North Africa in search of a treasure buried in the Egyptian desert.

Along the way he meets obstacles and individuals who point him in the direction of his quest. Although none of them knew what the treasure was, but soon the journey turns into a discovery of treasures within.

Each one of us could relate to this young shepherd’s journey and spiritual quest. “It is all about finding one’s personal legend, pursuing dreams regardless of the hurdles” Coelho writes.