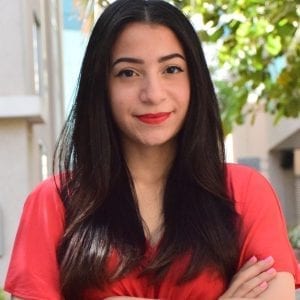 “An apple a day does not keep the doctor away!”

It is very important that we understand Eating Disorders (EDs) beyond their diagnostic labels. On one end of the spectrum lies Anorexia Nervosa and Bulimia Nervosa, while Binge Eating is on the other extreme end. Yet, there is one common factor between the three diagnoses – CONTROL. Let’s further analyze the Anorexia Nervosa category to get a better understanding of the nitty gritty of self-starvation.

There are two types of Anorexia – the restrictive type in which food intake is restricted and the binge-purge type in which the individual engages in binging episodes that are followed by self-induced vomiting or abuse of laxatives. It is true that those who suffer from Anorexia Nervosa are so concerned about their food intake and compulsively weigh themselves. However, it is never really about the food or the calorie count. There is usually another reason that triggers the onset of anorexic behavior.

In fact, I can list many triggers to anorexic behavior and they usually (but not necessarily) start with a diet. For example, individuals who battle with Anorexia Nervosa feel as though they have no control over their life and hence, they look for any other aspect of themselves that they can have full control over.

Feeling like they have no control over their own life can be rooted to having perfectionist and controlling parents – especially mothers – who condition their daughters that they are worthless if they are not skinny. You’re probably thinking why would any mother do that? But some mothers carry such conversations with their children with good intentions. Sentences like ‘my daughter cannot be more than x kgs’ or ‘you need to lose some weight, or you will never get married’ can be said out of good will but can have detrimental effects.

In fact, these comments may not even be related to food and weight at all! Parents who always criticize their children for getting an 80% and not a 100% on an exam, are sowing qualities of perfectionism and self-doubt. These conditions and learned way of thinking is later expressed in disorders like (but not limited to) Anorexia Nervosa.

Another very common trigger of anorexic behaviors is being abused, especially sexually and at a young age. In fact, during therapy, clients suffering from anorexia who have experienced sexual abuse say things like ‘I wanted every part of me, that he touched’, to dissolve.’ This is extremely sad because at a young age, when an adult tells you that something is right, as a kid you simply believe them. In almost every case of anorexia nervosa, individuals report feeling that they do not deserve to live and their food restriction in a type of self-punishment that they engage in.

In addition, it is true that the unrealistic media portrayals of women’s bodies play a major role in promoting anorexic behaviors. Sadly, movies have created a culture of eating disorders. There are multiple techniques used in movies that – on a subconscious level – promote the positivity of having an anorexic body. First, movies always portray overweight actors to be goofy, idiotic characters, while portraying skinny celebrities to be powerful, beautiful heroes. Moreover, celebrities themselves are asked to lose lots of weight in order to fit in the perfect image of being a main character in the movie.

Therefore, audience members attribute beauty, success and power of the title characters with their slim appearance. What makes it worse is when celebrities – who many youngsters look up to – go in public with positive statements about being skin and bones. The latter was demonstrated by the famous Kate Moss when she said “Nothing tastes as good as skinny feels”. Unfortunately, the train of promoting Anorexia in the media doesn’t end at the station of movies. Advertisements – specifically of the cosmetic industry – use photoshopped, skinny models in their ads to promote their products; and by the time a girl is 17 years old, she has received enough commercial messages through the media, to tell her that skinny girls are the most successful, beautiful, and powerful.

All the listed triggers do not imply a cause-effect relationship, but there is an obvious positive correlation between these factors and the development of eating disorders. Anorexia Nervosa is a multi-facet disorder, and chances are there are so many triggers rather than simply one.

One of the most challenging disorders to treat is Anorexia Nervosa. While Cognitive Behavioral Therapy has been proven to be extremely successful in helping sufferers to overcome their thought patterns and break their anorexic habits, hypnotherapy doubles the success rate when employed.

However, it is essential to ensure whether an individual who is underweight actually has an anorexic mindset and is not shedding kilos because of another biological underlying cause.

Hypnotherapy is using the tool of hypnosis to achieve a therapeutic goal. It bypasses the filter of the conscious mind called Conscious Critical Faculty or CCF. This CCF often hinders the therapeutic process in talk-based therapies. This is because the information and guidance received simply get filtered out and never makes its way to our subconscious, if it does not overlap with our belief system.

With hypnotherapy, the subconscious mind, which constitutes around 95 – 99% of our actions, behaviors, thoughts and feelings which arise from conditioned responses, can be directly accessed. Thus, we can work with the source of our behaviors and change them into new and more beneficial & appropriate ones.

The use of language pattern is very important when treating individuals who suffer with anorexia. Unfortunately, many of those who have this illness have been battling with it for years before seeking therapy. This is why I highly refuse the ‘I am’ verdict. Whenever clients use phrases such as ‘I am anorexic’, I get them to repeatedly write these words out in their mind’s eye, cross it out and replace it with the words ‘I have anorexia’. This alone creates a shift in mindset that being anorexia is not a part of their identity.

On one level, analytical hypnotherapy can be extremely beneficial in pinpointing the exact event that triggered anorexic behaviors and hence rediscover and resolve any negative emotions associated with it. The concept that we may not be able to control what happens to us but that we always have control over how to react is explored heavily. This is because sometimes the source of the problem is not the triggering event but rather inner-anger, self-doubt and other unresolved and unexpressed negative emotions. Therefore, in a hypnotic state, clients can explore these feeling and resolve them, while converting this negative mindset to develop a much positive one.

On another level, suggesting hypnotherapy can play a major role in recovering other comorbid illnesses, such as depression. The strategy of employing suggestions that go directly to the subconscious mind, to boost self-confidence, self-esteem, and psychological resilience can be extremely helpful in tandem with analytical therapy.

On another note, it is extremely important to teach clients who battle with anorexia to stop engaging in negative self-talk and to silence their inner critic. Being perfectionists by personality trait and having low self-confidence, they will be programmed and taught to point out their flaws and mistakes and dismiss their successes. Hence, helping clients talk to themselves the way they would talk to their friend is a key therapeutic goal.

It is also extremely beneficial to challenge the cognitive errors of those who suffer from Anorexia by demonstration and not enforcement. It is common that those who have Anorexia Nervosa perceive themselves to be thicker than they actually are. Therefore, asking them to point out their perceived waist size on a measuring tape, note it down, then to actually measure their waist size and compare both numbers can be an eye-opening experience.  They usually perceive themselves to be double their size!