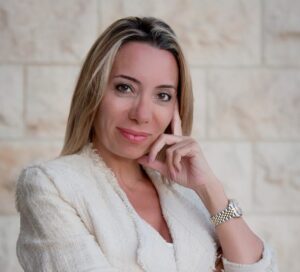 Talking about Bitcoin is a bit emblematic these days when we hear the news about Sam Bankman-digital Fried’s asset empire who filed for Chapter 11 bankruptcy, ending one of the wealthiest and most influential individuals in the cryptocurrency market and his wide range of prosperous enterprises, including exchanges and a major trading operation. This situation led consumers to withdraw their money when the price of FTT, the exchange’s native cryptocurrency, crashed this month (November 2022), causing an instant crisis at FTX. Cryptocurrency values decreased after hearing the news, with Bitcoin losing as much as 8% before gaining some ground. Ether decreased along with smaller token sizes. What can we say about crypto risks, usage, and evolution?

What are cryptocurrencies in a nutshell?

Cryptocurrencies such as Bitcoin or Ethereum and the blockchain technology that supports them are among the broadest topics of study regarding the development of the financial sector in the past period. Bitcoin arose out of a liberal project that began as a reaction to the role played by central banks after the global economic crisis in 2008. Cryptocurrencies are intended to be a decentralized and liberalized payment method.

Where is cryptocurrency widely used?

There are great differences between countries in terms of the general public’s adoption of these new currencies and their technologies. Nigeria is now one of the leading markets in the cryptocurrency world. Its economy is developing in a difficult economic climate, as it has faced a crisis of losing confidence in traditional forms of investment. Although the Central Bank of Nigeria asked banks to close accounts using cryptocurrency in last February, arguing that these financial transactions are illegal, this did not prevent the largest economy in Africa from being one of the largest virtual currency markets, with transactions exceeding 400 million USD last year.

The second and third-highest rates of cryptocurrency use were also recorded in Thailand and the Philippines. About 15 virtual currency exchanges are licensed in the Philippines, and the Central Bank of the Philippines is overseeing a new regulatory framework to oversee this booming sector. In addition to Africa and Southeast Asia, Latin America is also an active region in dealing with cryptocurrencies. Argentina leads with an adoption rate of 21%, and Brazil, Colombia, Chile, and Peru are between 12-15%. In Europe, Switzerland has the highest adoption rate of 13%, while cryptocurrency adoption is lower in Germany and France 5-6%.

Who are the cryptocurrency users in the world?

Although the largest cryptocurrency exchanges are located in the United States of America and China, Ukraine, Russia, and Venezuela are the countries whose residents use these electronic currencies. There is one element that unites these countries: the suffering of a political and/or economic crisis in the past years (Ukraine and Venezuela since 2013, and Russia since 2014).

But one of the analyzes of online exchange traffic for these activities. It can be concluded that Ukraine, Russia, and Venezuela outperform the United States of America and China in the proportion of operations in terms of population and income level. However, the use of these cryptocurrencies for payment has so far been very limited, even if the COVID-19 pandemic has blown up non-material digital payments after they have proven their strength against this crisis. Also, the shares of these currencies attract the increasing demand for them through operations in the “blockchain” issued from a digital token.

How is the growth of cryptocurrencies evolving?

In early February 2021, Tesla’s president, Elon Musk, announced that his company had invested 1.5 billion USD in bitcoin. In the wake of this news, the most famous currency experienced a wave of unbridled demand, and its value rose from 39000 USD to 57000 USD within a few days, and it was a record number since this currency was put in circulation before it fell to about 47000 USD after a few days.

These currencies, like any innovative method, follow a certain curve before they reach a degree of wide acceptance among the people. This is called the innovation adoption rate curve (Everett Rogers law). First, we find the innovators, then the early adopters follow, as they reach the peak of the adoption curve, then the curve slows down during a phase when the later majority adopts the new technology.

Crypto investments have increased by 880% worldwide compared to last year. The reasons for this vary in different regions. In emerging countries, people mainly own cryptocurrencies to protect themselves from the devaluation of national currencies. As for the West, the demand for it is increasing after many large investors have shown their interest and tangible support, as their deals are large, sometimes exceeding 10 million USD per transaction. In July 2020, the volume of their investment amounted to about 1.4 billion USD, and it grew a year later to reach 46.3 billion USD. Europe has become the largest liquidity provider for the global cryptocurrency markets.

Where is Lebanon located in the cryptocurrency world?

Lebanon is no exception to the crypto-asset frenzy. Amid the financial crisis, the Lebanese are using cryptocurrencies to bypass banking restrictions, but they are mostly motivated to try to preserve the value of their savings, which is an adventure that is not without risks.

Virtual currencies no longer attract only a small community of savvy people who share the libertarian philosophy behind their creation, or those motivated by the desire to be in the crypto world. Indeed, many Lebanese use cryptocurrencies to deal with and invest their remaining savings after the financial collapse that occurred in Lebanon, which led to the local currency losing more than 90% of its value against the US dollar, and banks imposing restrictions on the movement of capital.

Note that since Lebanese credit cards are not accepted on cryptocurrency trading platforms, exchanges are already done through groups on social networks that connect buyers and sellers. Although the market is still generally small, the uptake has been on the rise lately.

But the phenomenon of Lebanese demand for cryptocurrencies goes back to before that. The rise in bitcoin prices in late 2020 convinced many Lebanese out of fear of losing their assets to enter the world of virtual currencies. This desire emerged from small transactions, and it was enough to generate the first wave, as bitcoin was considered for some of them a haven in parallel with the escalation of the banking crisis. In contrast to financial and Ponzi schemes by which the “Banque du Liban” squandered people’s money, Bitcoin and others provide a means for individuals to regain control over their decision on how to invest their assets.

What are the features of cryptocurrency exchange?

In this context, there are two main advantages of cryptocurrencies: The first is the ability to bypass informal restrictions on the circulation of capital. This simplicity in dealing has attracted expatriates in particular. At the beginning of the Lebanese financial crisis, many Lebanese abroad joined Bitcoin exchange groups to learn how to transfer money to their families in Lebanon without going through banks.

The lack of confidence in traditional banks, fees charged on transfers, and “fresh dollar” accounts, lead employees to prefer getting their salaries in cryptocurrency, to be sold in USD in Lebanon to cover daily expenses. Since it is also possible to pay directly with crypto-assets – more and more international companies, such as hotel reservation sites, as well as some Lebanese companies, are now accepting cryptocurrencies as payment, although this type of transaction is still limited.

On the other hand, we see that virtual currency transfers also incur costs, and may range from less than 1 USD to more than 10 USD, depending on network congestion or the time taken to receive the payment, and unlike bank transfers, these fees are not related to the amount of the amount sent.

The second and main function of the crypto asset is to provide a “value reserve” in the face of economic crises, which is the investment function that prevails now, and it has also allowed some Lebanese bitcoin dealers to compensate for the discounts imposed on deposits in banks since the beginning of the crisis.

Globally, encrypted assets are increasingly used as a precaution against inflation caused by central bank policies and their settlements, as the issuance of encrypted assets via mining technology is decreasing and immutable. The supply of Bitcoin is limited, while the demand continues to grow, making it a deflationary currency, the price of which tends to rise, and with time it might become the digital equivalent of gold. This logic is very attractive in countries such as Venezuela and Argentina, which are facing massive inflation and devaluation of their local currencies, and this may shape the future of the Lebanese financial reality.

What are the risks of bitcoin?

The value of virtual currencies is certainly highly volatile in the short term, but it is rising in the medium and long term, and this is what it has proven since its appearance. Despite this, the high volatility of Bitcoin is causing many experts to be cautious. In 2017, for example, the value of Bitcoin quickly rose from around $1,000 to $20,000, before crashing again to a few thousand dollars. This irregular price makes it a speculative asset only, and its value depends only on market demand. However, the central banks will likely decide, in advance, to ban all Bitcoin transactions, which could cause this bubble to burst.

Restrictions could intensify in the coming years, especially as the lack of a legal framework and the anonymity that crypto-assets confer on their owners hamper anti-money laundering efforts. The imposition of capital gains taxes on digital assets by some countries is the first step in this attempt by central authorities to restore control over the movement of financial assets.

In Lebanon, the Central Bank banned the purchase of cryptocurrency through local payment cards on exchanges in 2013. At the time, the “Banque du Liban” emphasized the speculative nature of digital currencies and the fact that they are not guaranteed by any central bank, which makes them highly volatile.

As a result, buying and selling bitcoin in Lebanon involves exchanging cash dollars to convert bitcoin, by sharing a token generated by the buyer’s e-wallet, often through an intermediary, who takes a commission of 3-5%.

Finally, Bitcoin, which is, in fact, an asset and not a currency, cannot provide a counterforce, which will have its regulatory capabilities, allowing it to bypass the capabilities of central banking. Ultimately, the ability of countries to regulate crypto assets remains complete.